The Worst of the Looters

Posted on February 16, 2016 by donsalyardswinona 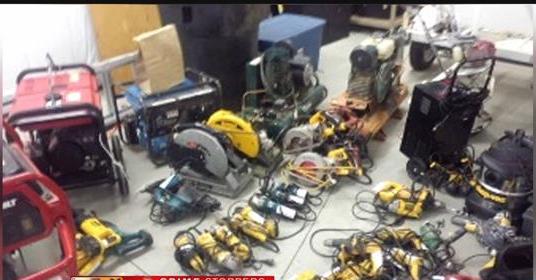 When we think of types of crime robbery is usually not considered to be as serious as violent behavior. After all, life is more important than property. Property can be replaced so if no one gets hurt or killed we should be grateful and move on. But wait a minute. What is the true relationship between property and life? Furthermore, what is to be said about a person who steals a man’s tools?   This is a story about a category of robbery that I find most repugnant and disturbing; when someone steals a man’s tools.

I have a dear friend in Chicago. He came here 20 years ago from Mexico and yes, Mr. Trump, he is a legal resident of the United States. He supports his wife and five children making his living as an independent contractor. He plies the streets of Chicago driving an old white van full of the tools of his trade including pipe threaders, impact hammers and other expensive equipment that he has worked for years to acquire. I first got to know this honest and hard working man when I hired him to do some work for me. This has evolved into a ten-year friendship with he and his family. When speaking with each other privately I refer to him as “mi hermano” (my brother).

On January 18, 2016 in the middle of a cold Chicago night someone stole my brother’s work van containing all of his tools. He has not been able to recover either. In my opinion to steal a man’s tools is the worst type of robbery imaginable. A man has a right to his life. As a natural consequence he has the right to defend and to sustain his life. He needs the tools of his trade to do this; the farmer needs his plow, the roofer needs his ladders and so on. Using his intellect, his tools, and years of experience a man earns what I suppose is the noblest economic honor that can be bestowed on any human being, the title of “producer”.

Those who steal are the antithesis of producers. They are known as “looters”.   Looters have no skills or experience to bring to the table and are not capable of producing anything.   They choose instead to take from the producer the very tools he needs to sustain himself and his family. Thanks to these looters mi hermano will have to work for several years to reach the level of prosperity that he had once achieved, but he has already begun. Within 3 days after the robbery he started working again with a borrowed truck and some small tools that were not stored in his van. Meanwhile, the morally bankrupt looters are probably sitting around complaining about the unfairness and injustices they have “suffered” in the journey of their pathetic lives.

This is a travesty. It is not for me to judge but my dark side hopes that there is a little corner in hell for anyone who steals a man’s tools.