OPEC Finally “Over a Barrel”

Posted on November 5, 2014 by donsalyardswinona 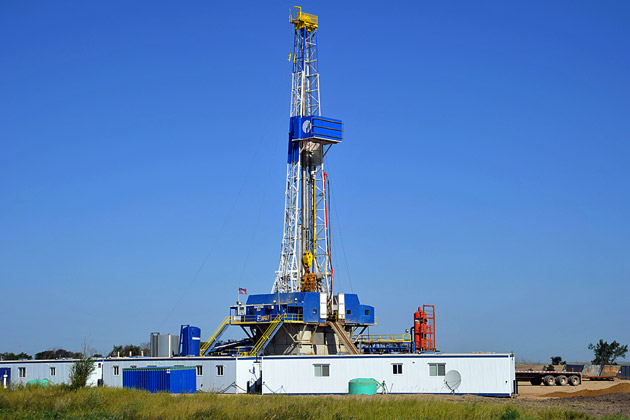 I’ve got some great news for all Americans; perhaps the best economic news that I’ve delivered in my lifetime. It has nothing to do with Republicans winning the mid-term elections or with Harry Reid’s fall from power. This is really good news! It portends incredible vitality for the US economy now and for decades into the future.

In case you haven’t been paying attention the United States of America is now the world’s largest energy producer. According to many energy analysts and those at Bank of America, “The U.S. will remain the world’s biggest oil producer this year after overtaking Saudi Arabia and Russia as extraction of energy from shale rock spurs the nation’s economic recovery.”

On Tuesday, November 4, 2014 Saudi Arabia lowered its price of oil for export to the United States to $75 a barrel, while at the same time raising its prices to Europe and Asia. This action by the Saudis was designed to pressure US oil producers, but it will also strain the Saudi economy.

Due to the productivity of the US energy sector the Saudis have seen their sales to the US slump in recent years. This is true for all OPEC producers who are quickly losing their largest customer. In a press release the United Arab Emirates Oil Minister said his country is “not panicking”. Translation: they’re PANICKING!

What will cheaper oil mean?   First of all, it will put billions of dollars into the pockets of American consumers, just like a permanent tax cut. US Consumers will spend this additional money on goods and services, boosting output and employment in the United States. US producers will adjust to downward oil prices by tapping their huge gas reserves (Saudi has little natural gas). While large US producers may slow down some fracking activity for a time the Arabs, the Ecuadorians, Nigerians and Venezuelans know that we have the capacity to go full steam ahead if needed.   OPEC’S days of holding the United States hostage to oil are OVER!

Our “ace in the hole” is the Compressed Natural Gas (CNG) capacity that will enable the USA to power trucks and cars for the gasoline equivalent of $1.75 per gallon. Our vast natural gas supply gives our manufacturers a tremendous cost advantage over European and Asian competitors. Ironically the Europeans are importing US coal to fire their power plants because they can’t afford the prices that Putin is charging them for natural gas. The Euros are now in non-compliance with the Kyoto Protocol (limiting greenhouse gas emissions) because they’ve used up nearly all of their natural gas and must now burn coal. Meanwhile, greenhouse gas emissions in the USA are plummeting because of our huge natural gas reserves. We’re getting cleaner and the Euros are getting dirtier.

The United States is heading for a nice economic recovery thanks to the effect of hydraulic fracturing technology on our natural gas and oil supply. We have the lowest energy costs in the world, which will make the United States the world leaders in petrochemical production and other important manufacturing activities. Despite obstacle after obstacle coming from the Obama Administration, energy producers in the United States have “gotten it done” to fuel our economic recovery. God bless their frac-sand pounding little hearts!

1 Response to OPEC Finally “Over a Barrel”