Posted on November 10, 2013 by donsalyardswinona 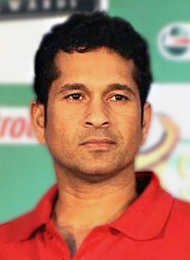 This weekend Chicago is my staging place to catch my flight to Bombay.  I am now in the last few hours before I leave my homeland for at least 6 weeks.  As I write this blog I’m sitting in front of the television watching the Bears and Lions play one of their regular division National Football League games.   Tonight I’ll attend the Blackhawks-Oilers hockey game at the United Center.

This Sunday, like all Sabbath days during the football season, Americans are watching their favorite football teams, some of them paying hundreds of dollars for a single ticket.  They subscribe to costly NFL packages on their cell phones or purchase NFL Sunday Ticket at great expense from their cable providers.  Of all professional American sports, the NFL is king.   The super-buff, tattooed modern day gladiators who play in the NFL may be compared to the gladiators of old.  Although many gladiators were slaves and made almost no money, there were “super star” gladiators who rose from society’s lowest positions.

To quote directly from Wikipedia:  “For the poor, and for non-citizens, enrollment in a gladiator school offered a trade, regular food, housing of sorts and a fighting chance of fame and fortune. Gladiators customarily kept their prize money and any gifts they received, and these could be substantial.  Tiberius offered several retired gladiators 100,000 sesterces ($500,000) each to return to the arena.  Nero gave the gladiator Spiculus property and residence equal to those of men who had celebrated triumphs.”

As far as professional sports enterprises are concerned the NFL (each team playing only 16 regular season games per year) is unsurpassed with roughly 10 billion in annual revenues.  By comparison, all of Major League Baseball (each team playing 162 games per year) yields just $7 billion.  A 30 second ad for the 2013 Super Bowl sold for $4 million.  With something so popular, can anyone in the world be uninformed about the NFL?

Absolutely!  In India the NFL is a non-entity.  It is not talked about or watched on television.  If you find information about the NFL in an Indian newspaper it will be but a small item on the sports page.  When I’m in India I will have to go to the internet to find out what NFL teams have won on Sunday.  In pre-internet years I would have to wait until I returned to the US to find out what NFL teams had won or lost.  Nobody in India knew or cared.

For my US readers, If this lack of Indian knowledge about the NFL surprises you, let me ask you this question:  “How do you feel about the retirement of Sachin Tendulkar?”  Over a billion people in India have watched Sachin’s athletic pursuits for 24 years; about 600 million more people than watch the NFL on Sunday!

I am really looking forward to my time in India.  As the clock has ticked down on my departure it has again come back to me how my life will change in the next few weeks.  There is no NFL in India.  I’ll survive!