The evil of the day is sufficient thereof…..

Posted on May 6, 2013 by donsalyardswinona 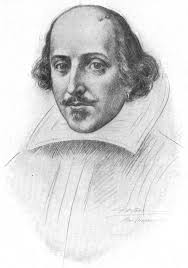 A few weeks ago I mentioned that liberals probably lose a lot of sleep worrying about global warming.  Likewise, conservatives probably spend sleepless nights agonizing about aborted babies.  You could spend hours agonizing about the fact that a child dies from malaria every sixty seconds.  If that’s not enough, we could fret about people that are killed in Syria on a daily basis.  There are plenty of problems in this world to give us worry, but we would do better to concentrate on one day’s challenges at a time.

In Matthew 6:34 it says, “Take, therefore, no thought for the morrow; for the morrow shall take thought for the things of itself.  Sufficient undo the day is the evil thereof.”  Shakespeare used a variant of this scripture in King Henry VI Part II”, Act 4.  Others have paraphrased it widely.  It is, in my opinion, great advice for all of us.  Today will present enough problems to deal with; don’t worry about tomorrow’s problems until tomorrow.

At virtually every commencement speech the graduates are told, “Your idealism is needed!  You can change the world!”  I beg to differ with those statements.  Actually, during our lives few of us will have any significant influence on major political, cultural, or economic trends.  We are bit players in the cosmic equation.  We will be happier more prosperous by adjusting our lives to existing trends rather than trying to change the world.  As John Nesbitt once said, “It is always easier to ride a horse in the direction it is already going.”

My late wife was somewhat of a worrier.  She would sometimes worry about things that “might” happen, even when it was unlikely that such events would occur.  I used to tell her that worries were like someone trying to hit her by rolling a tire down a hill.  No matter how careful the guy at the top of the hill aims the tire, it goes wobbling off to one side or the other, making it almost impossible to hit you.  When my wife would worry about something that I deemed impossible, I would tell her that she was worrying about a tire rolling down the other side of the hill!

For example, I could make a contribution to a global warming awareness organization, but I’m not convinced that climate change is a legitimate issue.  In addition, with the Chinese building one coal-fired power plant every week, this “problem” is not going to be addressed anytime soon.  For my sanity and for yours, “The evil of the day is sufficient thereof…”