Last night a concert was held in a gymnasium in a medium-sized Minnesota town. The sponsors of the event were the Veterans of Foreign Wars Neville-Lien Post 1287 in Winona, Minnesota. I’m guessing that there were 1,000 seats in what was a relatively intimate atmosphere. The stage was simple; a few microphones, a keyboard and some lights. No video screen, no fireworks; just the bare necessities for the country boy raised in East Texas.

Collin Raye is a bona fide star and still a heck of a performer. A romantic with a soft heart for children, he’s racked up nine number one singles on the country charts and has been nominated five times for Country Music’s male vocalist of the year award. Last night he sang most of his hits, to the approval of an enthusiastic crowd. He also expressed on several occasions his appreciation and love for the country’s veterans, past and present. 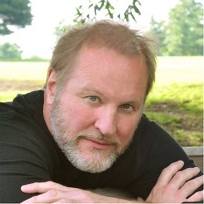 Toward the end of the evening he borrowed Lee Greenwood’s song “Proud to Be an American” and sang it as well as it can be performed. One of the lines in that song goes like this “And I’m proud to be an American, where at least I know I’m free……”

Oh, how I wish that just BEING an American would make us free.  Alas, freedom is a rare and delicate condition that is never guaranteed….ever. Freedom requires constant vigilance and the guts to stand up to those (even our fellow Americans) that want to erode our liberties. While Americans have more freedom than most people on this earth, it is the erosion of our freedom that should concern us.

Abraham Lincoln knew this well when he addressed the Young Men’s Lyceum of Springfield, Illinois on January 27, 1838. Concerning the perpetuation of Liberty in the United States, Lincoln said:

“At what point shall we expect the approach of danger? By what means shall we fortify against it? Shall we expect some transatlantic military giant, to step the Ocean, and crush us at a blow? Never!–All the armies of Europe, Asia and Africa combined, with all the treasure of the earth (our own excepted) in their military chest; with a Buonaparte for a commander, could not by force, take a drink from the Ohio, or make a track on the Blue Ridge, in a trial of a thousand years.

At what point then is the approach of danger to be expected? I answer, if it ever reach us, it must spring up amongst us. It cannot come from abroad. If destruction be our lot, we must ourselves be its author and finisher. As a nation of freemen, we must live through all time, or die by suicide.”